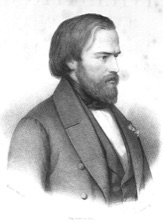 Initially opened in 1989, the Ozanam Centre was organized by the St Catharines Central Council of the Society of St Vincent de Paul, a lay organization of Catholics. Initially, it was set up as a drop-in centre with coffee and fellowship.  The original location was on Geneva St, but later moved to the Knights of Columbus Hall on Church St.

Over the years, the format changed to a lunch service for anyone in need, and that continues to this day, with the Centre open for lunch only, five days a week.  Start-Me-Up-Niagara has taken on the role of drop-in centre, and also serves a lunch on weekends.

In 1998, the Centre was set up as a conference (unit) of Society of St Vincent de Paul in its own right, although remaining under Central Council.  We became the St Frances of Rome Conference of SSVP.  In 2001, in order to be able to issue tax receipts for donations, the Centre was granted charitable status, allowing donations directly to the Centre to support operations. We have our own charity registration number and report independently to the CRA annually. As a charity, we must report our income sources, and report what we do with the funds.

There are many generous sources of funding in the community.  The Centre is blessed to receive funding from several churches, via their SSVP groups, or the Catholic Women's League.  As well, a number of local service clubs, notably Rotary and May Court, have been helpful.  More recently, the Centre has applied successfully to volunteer at the Delta Bingo, and has been significantly supported by the charitable distribution of Ontario Charitable Gaming Association funds. We are particularly grateful for the contributions from OCGA in support of ongoing operations.

Who are the people?

So, who are Frédéric Ozanam, St Vincent de Paul and St Frances of Rome??

Frédéric Ozanam was a French scholar, lawyer, journalist and equal rights advocate.  He founded the Society of St Vincent de Paul when he was a 20-year-old university student in Paris, in 1833. He chose to name his new group after St Vincent de Paul (below), in recognition of the latter's beliefs and activities. Ozanam was beatified in 1997 by Pope John Paul II.

Vincent de Paul was a Parisian priest, ordained in 1600.  He pursued charitable works over a wide area, setting up missions and colleges, and established the Confraternities of Charity in 1617 to attend the poor and sick.  He was also instrumental in establishing, with Louise de Marillac, the Daughters of Charity, a non-cloistered order of women, to minister to the poor.  He was canonized in 1737.  In so many ways, his organization was the fore-runner of Ozanam's, and the use of his name by Ozanam seems only fitting.

First, let's note that Frances of Rome was a woman. She was a wife and mother who founded a religious community of oblates (members sharing a common religious life without formal vows).  Born into wealth, and married at a young age, she and her sister visited the poor and sick, inspiring others to do the same. She remained in her marital home until the death of her husband, and then moved into the monastery she had created. She was canonized in 1608, and is the patron saint of motorists and widows, as well as the patron saint of all oblates in the Benedictine Order.